Worm-resistant flocks a win for producers

If you could find a ram with naturally high worm resistance that also produced offspring with high muscling and a good dressing out percentage, it would make sense to take him home. According to MLA Program Manager Dr Alex Ball, the worm-resistance Australian Sheep Breeding Value (ASBV), often expressed as yearling worm egg count (YWEC), can have a significant economic impact, particularly given its positive correlation with important carcase traits. Alex said ASBVs provide highly accurate projections for how many sires’ progeny will perform for a range of traits. This makes it relatively easy to address flock shortcomings and achieve production gains. He said worm-resistant genetics, when incorporated with an integrated parasite control program, could add $12.50/ewe/year of benefit to an enterprise based in the New England region of NSW, an area known for its worm burden issues.

“On average, in the New England, a ram with a good negative YWEC, say more than -60, will only cost $200 to $250 more than a ram with no or positive YWEC,” Alex said. “It is not a lot of extra outlay for the potential benefits.

“Sheep with strong negativeYWECs tend to be more robust,more productive and have goodweaner survival rates.”

Geneticist Dr Johan Greeff, a researcher with the WA Department of Agriculture’s experimental flock, said there were clear economic benefits in breeding resistant sheep. “Ewes from resistant flocks cause less pasture contamination, therefore their lambs are less challenged and grow better,” he said. “At weaning, resistant animals are 4–5kg heavier than sheep not selected for resistance and that advantage continues for the rest of their life. “Those resistant weaners will not only grow faster and larger but will also cut more wool. Their fibre diameter tends to be a bit stronger but the increase in wool production offsets that.

“We have found that, up to hogget age, there is a $6/head or better advantage in having resistant sheep compared to non-resistant animals,” he said.

According to Johan, there are many variables in calculating the payback period for producers who invest those extra dollars in rams with good negative YWECs. These include the resistance difference between the rams being introduced and the rest of the flock. However, the improvement starts immediately. “Producers will get some benefit from the first drop of lambs and, within six or seven years, all the ewes in a flock can be sired by resistant rams,” he said. Both Johan and Alex warned that genetics was no silver bullet, but could be an important part of an overall worm-control strategy that includes pasture management and an effective drenching program.

For more information on how to use ASBVs to select for worm resistance and other desirable traits visit www.sheepgenetics.org.au

For more information on worm control visit: www.wormboss.com.au and www.makingmorefromsheep.com.au/healthycontented-sheep/tool_11.8.htm 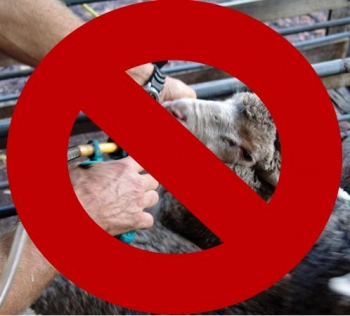