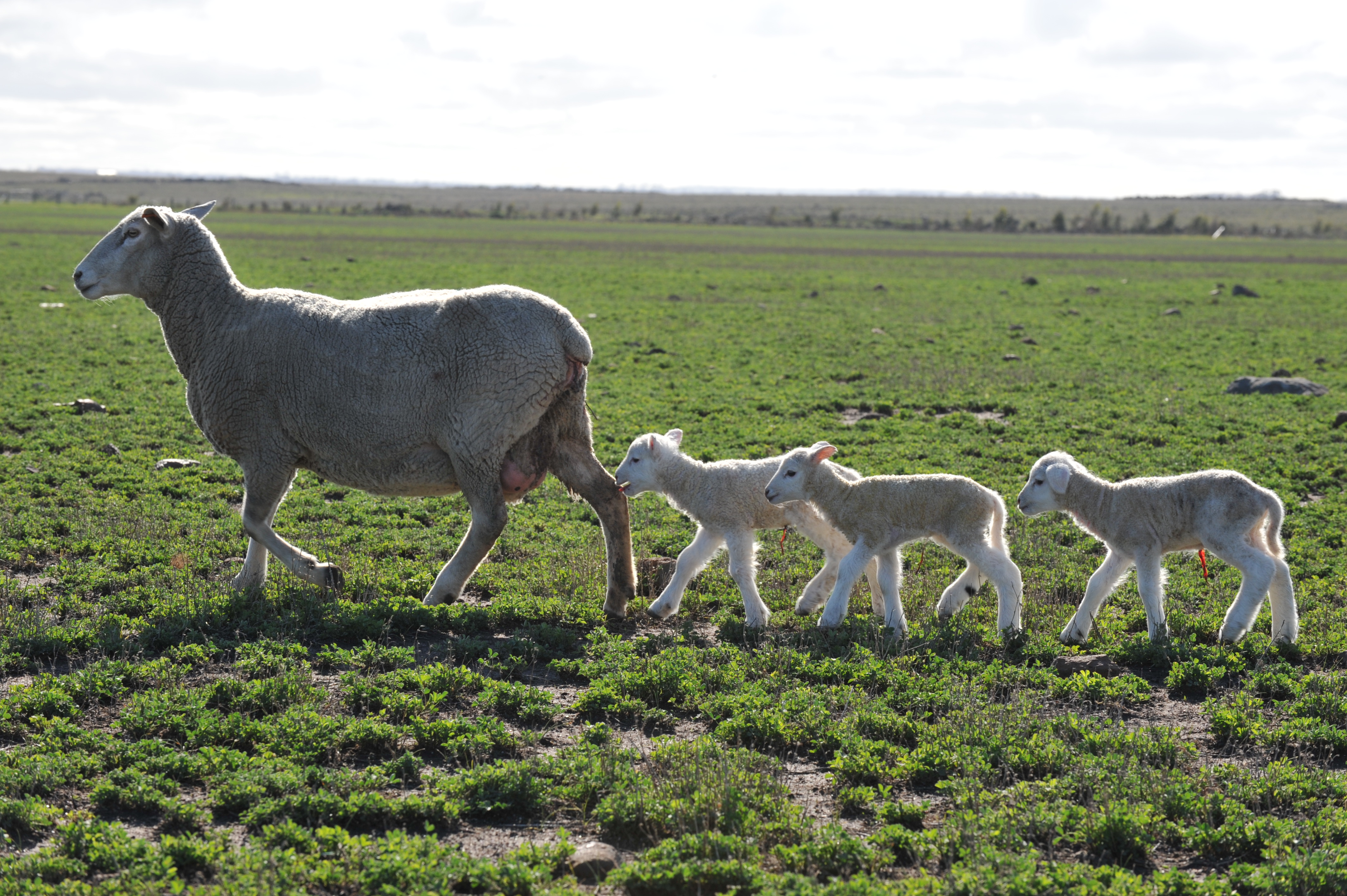 Evening up the score

Lamb producers will no longer have to adjust Merino condition score targets for their ewes. MLA-funded research is paving the way to lifting lamb survival, weaning rates and kilograms of lamb produced per hectare in maternal ewe flocks.

Sheep industry extension programs such as Lifetime Ewe Management (LTEM) and Bred Well Fed Well (BWFW) have equipped more than 5,000 sheep producers with the knowledge and confidence to change management practices based on ewe condition score targets at key times, but these guidelines were developed for Merino ewes.

While this hasn’t stopped maternal breed producers from drawing on these measure-to-manage principles to increase weaning rates by 10% (about 20% of LTEM participants run a non-Merino flock), many producers and consultants are not confident in adjusting Merino targets to maternal ewes to maximise their profitability.

Since 2014, the Lifetime Maternals project has tracked the performance of maternal ewes and their progeny through the reproduction cycle to see if the same condition scores apply or if productivity and profitability can be increased with alternative feeding regimes.

Associate Professor of Animal Science at Murdoch University, Dr Andrew Thompson, said maternal ewes generally achieved higher condition scores at lambing than Merino ewes when managed under the same conditions. The economic value from improving the number of lambs weaned and weaning weights is about 50% greater for maternal ewes than Merino ewes.

“It is likely that management recommendations in programs that are based on Merino ewes are not directly transferable to maternals, but until now we have not known how to adjust them to maximise profitability,” Andrew said.

“This project set out to duplicate what we did with Merinos 15 years ago and used a combination of on-property trials and bio-economic modelling to develop ewe liveweight and condition score profiles for maternal breeds.”

Maternal ewes that were condition score (CS) 3.1 at joining were divided into four groups after pregnancy scanning. Each flock was managed to reach a target CS ranging from 2.6 to 3.6 at lambing. Ewes in lower condition also lambed in paddocks with less feed on offer than those in higher condition.

Changes in lamb birth weight had minimal effects on the survival of single lambs when ewes varied in CS from 2.6 to 3.3; even the lightest lambs still weighed about 5.5kg. However, survival of single lambs dropped 7% in ewes fed to achieve CS 3.7 through lambing (89% compared to 82%). The lower survival in over-fat ewes was associated with increased risk of birth injury and dystocia.

Increasing CS at lambing from 2.6 to 3.6 improved survival of multiple-born lambs, especially up to CS 3.3. The weaning rate from twin bearing ewes ranged from 135% to 169%.

Lambs from lighter ewes weighed 1.5kg less at weaning than those from heavier ewes – this was similar in singles and twins.

Maternal ewes have the capacity to gain weight from low levels of feed on offer in late pregnancy and to compensate during lactation and post weaning. Despite differences of almost 15kg and more than one CS at lambing, there were minimal differences in liveweight and CS at the following joining.

The carryover effects on reproduction the following year were variable but across the four sites the reproductive rate of ewes poorly fed during the previous pregnancy was only reduced by about 5%.

Andrew said economic modelling was still required to confirm the most profitable CS targets for singles and twins. However, he said that under mild weather conditions at lambing in 2014, CS of 2.7–2.8 at lambing was appropriate for single-bearing non-Merino ewes and CS3.3–3.4 for twin-bearing ewes.

“We also need to work out the most cost-effective pattern of liveweight during early–mid and late pregnancy to achieve these targets for lambing.”

Only 20–25% of maternal ewe flocks are currently scanned for multiple births. These results present a strong case for pregnancy scanning and differential management.

Ewes were fed to achieve CS 2.7 or 3.3 at about day 135 of pregnancy and then separated into paddocks with varying levels of feed on offer (FOO) until weaning.

The impacts of CS prior to lambing were much less than the 2014 experiment and, surprisingly, FOO treatments had no effect on lamb birth weights.

FOO during lactation alsohad little – if any – effect on weaning weights, especially when greater than 1,000kg DM/ha.

When there was at least 1,000kg DM/ha during lactation, the effects of low CS prior to lambing was still evident and lambs were about 1.5kg lighter at weaning. There is evidence that higher FOO levels could mitigate the effects on weaning weight of lower CS prior to lambing at only one site, where FOO levels during lactation were as low as 600kg DM/ha.

“Producer observations of the performance of maternal breeds and the results from this project demonstrate the performance of modern day maternal ewes far exceeds what can be predicted from previous knowledge of their intake capacity and energy requirements,” Andrew said.

“Further work is needed to understand why maternal ewes perform so much better than Merino ewes from the same pasture base, and this work is essential to develop optimum CS and feed on offer targets.”